History of Medicine and Public Health: A Guide: Tulane and Local Health and Environment in Eighteenth-Century Nouvelle-Orléans 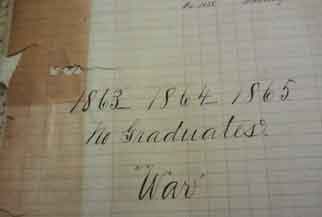 Medical College of New Orleans was granted a charter in 1835, however it failed to materialize.

New Orleans School of Medicine was founded in 1856 and closed in 1870.

Charity Hospital Medical College was organized in 1873 and extinct since 1877.

New Orleans University in 1889 opened a medical department for blacks, in 1901 it was renamed the Flint Medical College.  The College closed in 1911.

Medical Department of Straight University, also for blacks, was listed in The Medical and Surgical Directory of the United States, R. L. Polk, & Co, 1886.  There was not any history of the University listed

Louisiana State University School of Medicine in New Orleans was established in 1931.

Examples of Annual circulars circa 1858-1860 from the Matas history collection:

Physicians and surgeons of Louisiana, registered in 1885

Books on Tulane School of Medicine