"Scholar Strike is an action inspired by the NBA, WNBA, Colin Kaepernick and other athletes, to underscore the urgent importance of addressing racism and injustice in the United States. Conceived via a tweet by Anthea Butler, this is designed to call awareness to the racial climate in America, and the rash of police shootings and racialized violence.

Scholar Strike is both an action, and a teach-in. Some of us will, for two days, refrain from our many duties and participate in actions designed to raise awareness of and prompt action against racism, policing, mass incarceration and other symptoms of racism's toll in America." 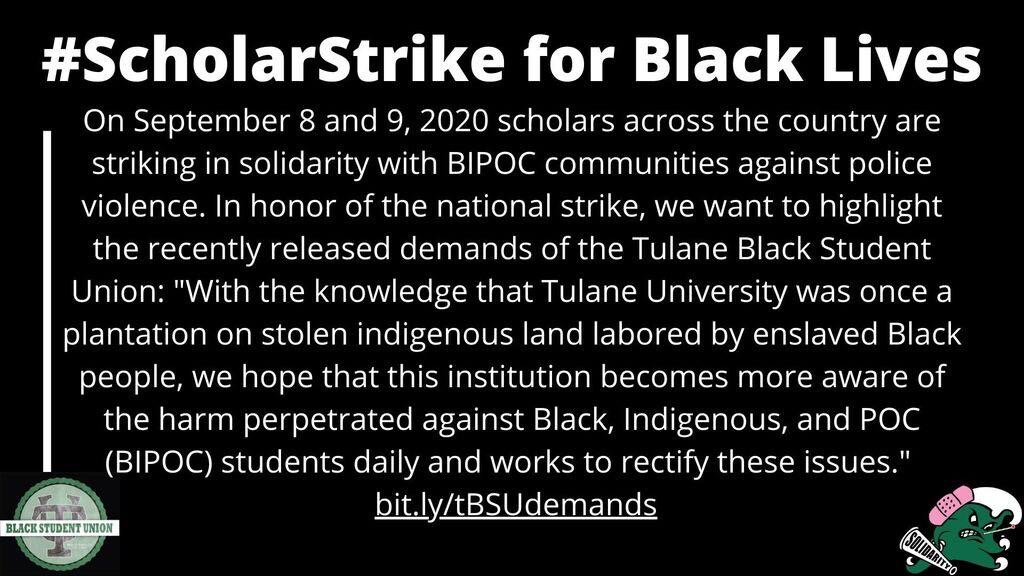