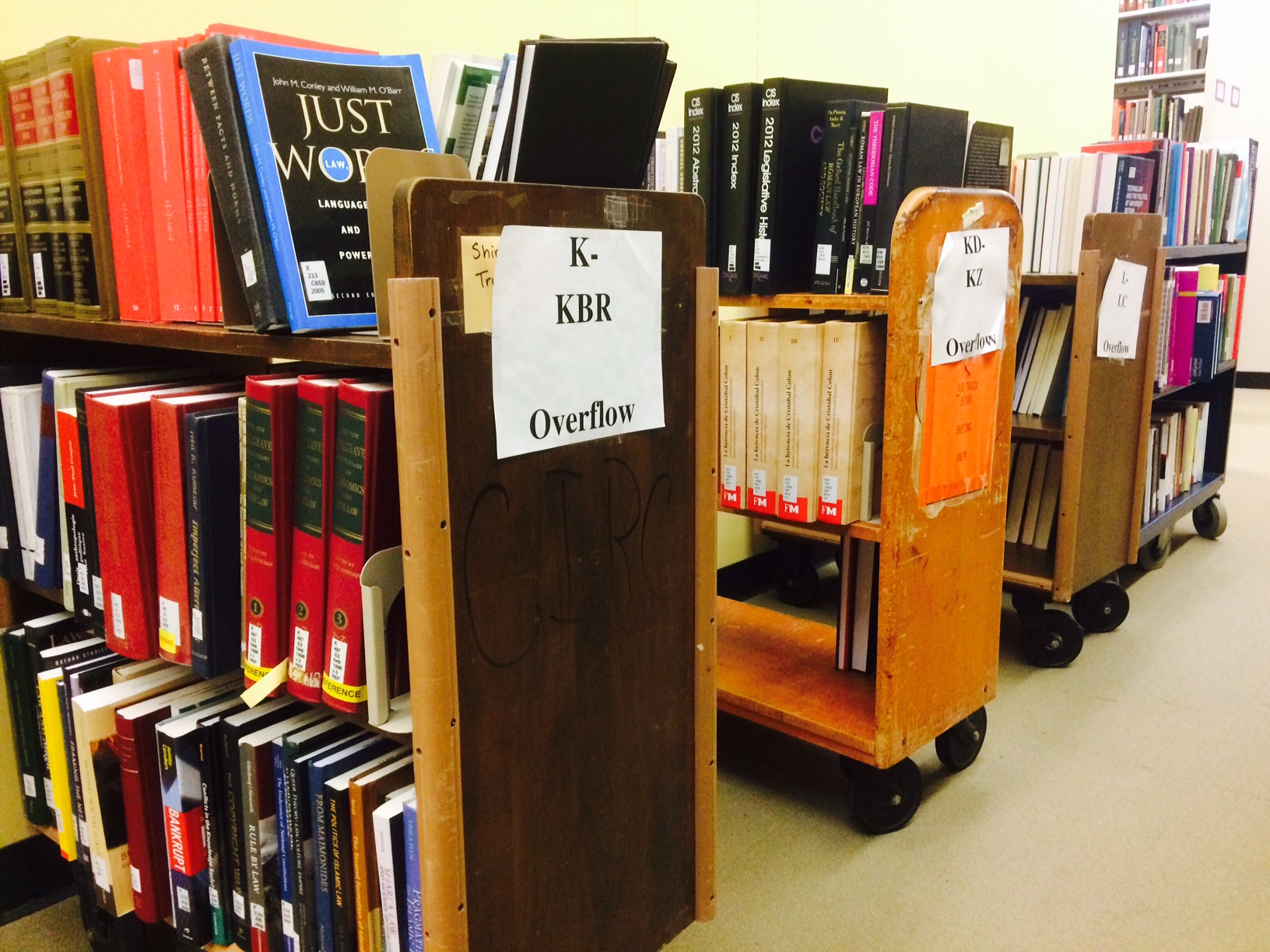 ﻿Where can I find lists of specific titles to be withdrawn?

The box on the home page of this guide that is labeled Title Lists has links to lists of specific titles targeted for withdrawal or relocation to storage.

Can exceptions be made in cases of titles to be withdrawn?

Yes.  Contact a librarian responsible for the discipline under which the title might fall to request reasonable exceptions. The tab to the left on this guide directs you to a list of specific contacts for each broad subject area of the general collections, or discipline.

On their own these subject specialist librarians over the next several months will be reviewing both the lists of titles to be withdrawn or relocated to storage and the physical collections in the stacks to check for exceptions, using criteria such as, in the case of back-up print copies of online journals, average percentage of image content in relation to character of use.

Would different editions of a book count as duplicates?

What will happen to the volumes that are withdrawn?

The lists of items to be withdrawn will be supplied through an organization called LOUIS (the Louisiana Library Network) to all academic libraries, at both public and private institutions, throughout Louisiana. The libraries will be provided with information about how to make arrangements to obtain any of these titles.

Otherwise, the library will make every effort to turn over volumes to be withdrawn to charity programs such as Better World Books, which is a for-profit social enterprise that collects and sells books online with each sale generating funds for literacy initiatives in the U.S. and around the world. The library will not have the space to stage material for review for local sale or donation. From experience, shipping costs and lack of demand will prohibit finding ready alternate homes for materials that programs such as Better World Books do not accept. Some materials will need to be recycled.

I have concerns about the overall project.  Who should I contact?

Andy Corrigan, Associate Dean of Libraries, has been charged with planning and overseeing this project.  His office is Room 422 on the 4th floor of the Howard-Tilton Memorial Library building. His email address is andyc@tulane.edu. His office phone number is 504-865-5679.

David Banush is Dean of Libraries and Academic Information Resources and the library's chief administrative officer.

I have concerns about an individual title, several titles, or specific areas of the collection that may be affected?  Who should I contact?

The tab to the left on this guide directs you to a list of specific contacts for each broad subject area of the general collections, or discipline.

Would this project create additional space in the library for more study space or seating?

Perhaps not significantly.  Most of the space freed would be on the lower floors of the building, where the shelves are completely full or over-capacity.  In most areas of the stacks, any emptied shelves will provide only for new collections to be added over the next 5-10 years, even accounting for a continued shift toward digital formats for many resources.  Still, the results of the project will be reviewed once completed, with an eye toward maximizing use of space in the building as much as possible, especially with increasing student demand for more seats and study spaces.

What about collections on the 6th floor?  Would they be affected?

No.  The Art, Architecture, Music, and rare book collections on the 6th floor are separated from the general collections call number arrangement that begins on 5th floor and ends on the 1st floor.  They would not be affected.  Adequate growth space was planned on the 6th floor when the collections were moved to the shelves there last year.

Would collections in The Latin American Library on the 4th floor be affected?

Is there enough space at the library's off-site facility to accommodate the materials targeted to be moved there?

This project calls for more than 16,000 linear of material to be relocated to the library off-site storage facility.  Admittedly, all but about 6,000 linear feet of shelf space at the off-site facility is presently already committed.  In other words, the off-facility is also nearing full capacity.  However, the library is initiating plans to create at least 13,000 additional linear feet of shelf space at the facility within the time frame for this project.  This should be accomplished by squeezing a new high-density shelving unit into the facility, and also by moving some very large format, low-use materials there to third-level storage at an alternate site.

When would the project begin and how long would it take to complete?

The first stages of the project are set to begin on July 1, and the library welcomes your feedback before Friday, June 16.   The project will take at least a year to complete. ﻿