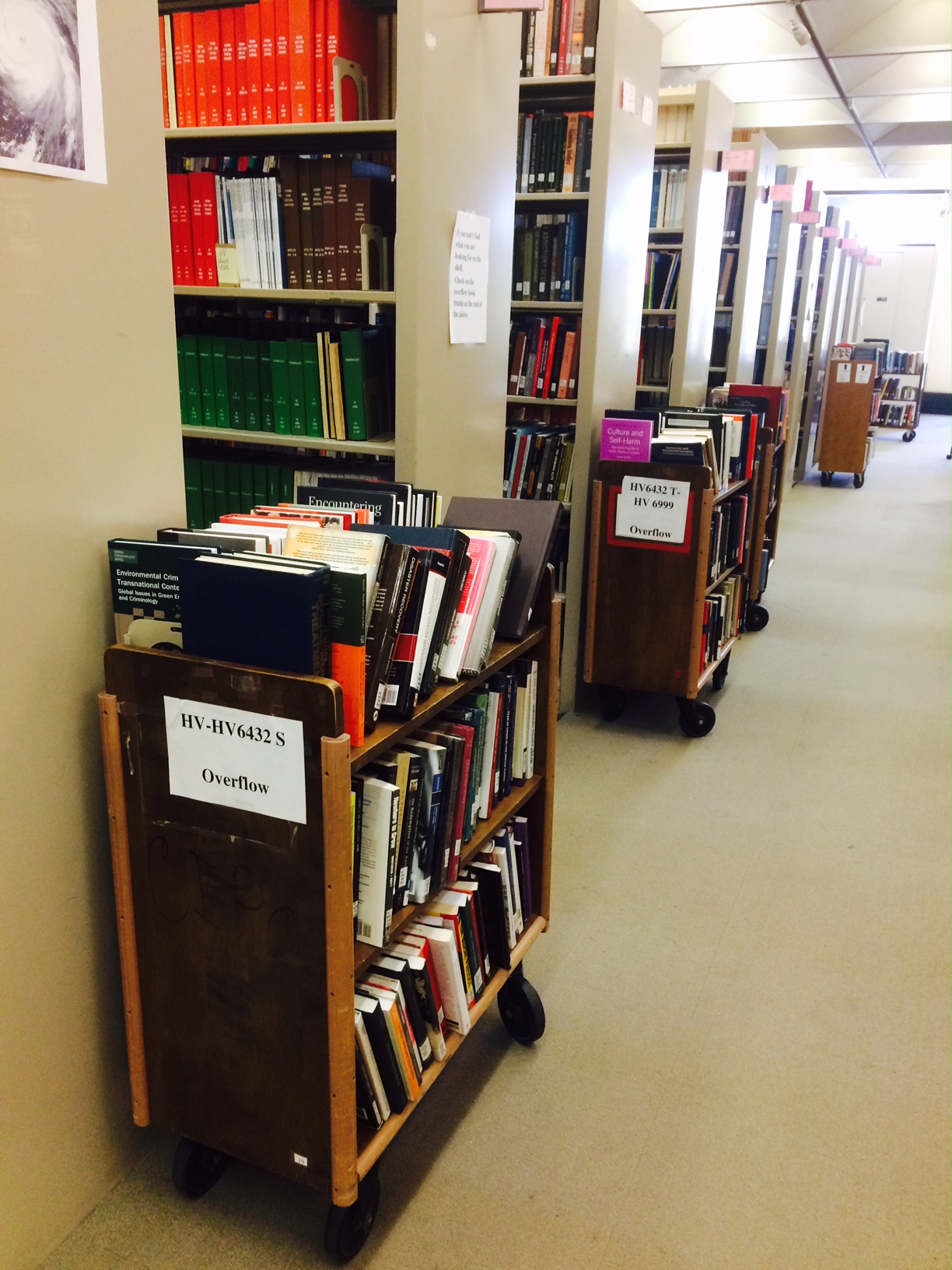 Two new floors recently built on top of Howard-Tilton Memorial Library replaced spaces destroyed by Hurricane Katrina. They did not add new additional space for collections.  Today the older lower floors of the library are nearly full, and book carts are now used in many locations to house overflow items that no longer fit on the shelves.

As a result, the library needs to free about 20% of the space on its shelves on floors 1-5, through a combination of relocating to its off-site facility books that are seldom used and withdrawing unused duplicate copies of books as well as older print copies of journals duplicated by digital versions that have commonly accepted preservation safeguards.

This project does not affect Art, Architecture, Music, or rare book collections held on the 6th floor, or materials in The Latin American Library.

Specific categories of items to be relocated or withdrawn from the general stacks on floors 1-5 are described below.

Items to be relocated to off-site storage:  Volumes that will be relocated to off-site storage nearby include books for which there is no record they have ever been checked out, books with very low circulation (defined as not having been checked out during the past 15 years,) and journal volumes whose primary purpose is to serve as back-ups to digital versions lacking satisfactory perpetual access or alternate long-term preservation provisions. Art, Architecture, and Music materials with call numbers starting with N or M would not be affected.

Items to be withdrawn: Volumes to be withdrawn from the collection include unused duplicate copies of books, print copies of journal volumes duplicated in JSTOR, and print copies of journal volumes more broadly covered by both Portico and ScholarsTrust.  JSTOR, Portico, and ScholarsTrust are each well-known and broadly accepted collaborative non-profit initiatives that preserve scholarly digital resources in both digital and print forms. (Important: Print subscriptions to journals covered by JSTOR and Portico were canceled in an earlier project announced to faculty in 2007; library users already rely on digital-only format for the newer issues of these titles).  Art, Architecture, and Music journals with call numbers starting with N or M would not be affected.

With regard to duplicate monographs (books), the library has not routinely selected multiple copies of books and they represent only about 2% of the circulating collection overall.  Duplicate copies recently checked out would be exempt from withdrawal, as would other duplicate volumes selected by the library's subject specialists or from recommendations. Example exemptions would include duplicates of titles with long-term relevance, such as classic works or those associated with Tulane University,  New Orleans, or Louisiana more broadly. Separate editions of a book title would not be considered duplicates.

Overview:  The chart below outlines the estimated number of volumes and linear feet of shelf space associated with each category of material discussed above.

The first stages of the project began June 1, 2018, and the project as a whole is expected to last through 2020.