The Problem: Context and Background 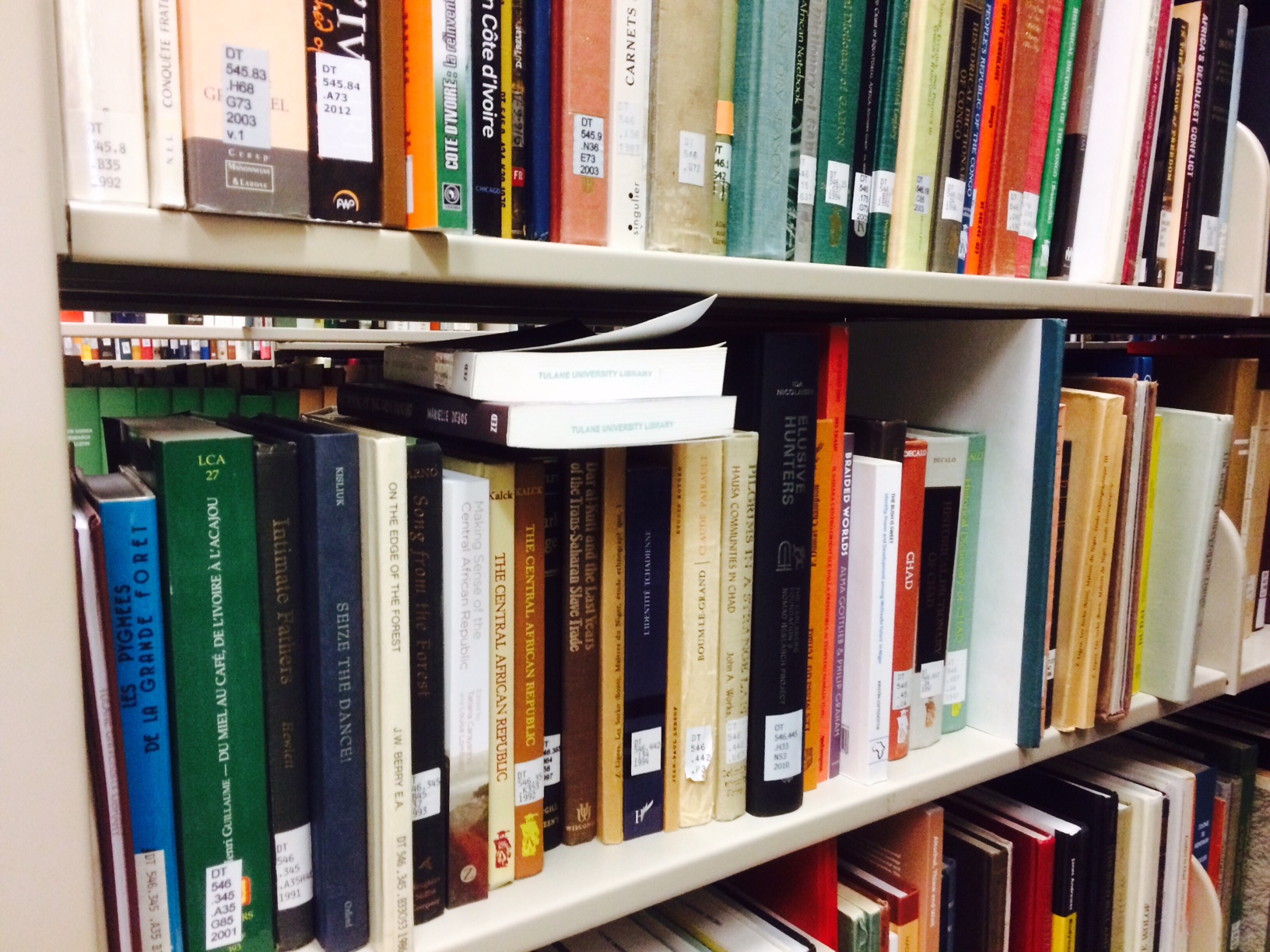 The general collections in the Howard-Tilton Memorial Library building are distributed throughout its floors 1-5.  Because the 5th floor is new, there is a modest amount of space for growth on the shelves there.  Some materials in the 4th floor stacks were shifted up when the new upper floors were completed, but any growth space on the 4th floor's shelves will be filled in just a few years.  On floors 1-3, where the largest portion of the collection is housed, the stacks are over-capacity in many areas.

The objective of freeing 20% of the available shelf space, in this case about 30,000 linear feet, would be recognized among libraries as a common target for achieving minimal space for growth (5-10 years).

A Timeline: The timeline below describes the modern evolution of the current problem.

2005:  H-TML and Jones Hall were at full capacity; the library's new off-site facility (2003) was nearing capacity.  Katrina destroyed the library's basement level physical spaces and left 1.5 million books underwater.  All special collections affected were salvaged for restoration and the library eventually acquired more than 1 million physical items as replacements (along with new digital facsimiles) for H-TML.

2007:  Responding to its space constraints, the library announced to faculty, in a message to all department chairs and book chairs (see below), a program of cancelations for print copies for journal subscriptions with digital versions that had safe back-up coverage in JSTOR and, more broadly, Portico.  Tulane was not alone in this, as many research libraries were mounting their own print cancelation projects.  Some had begun canceling print journals before the advent of Portico, based on less ironclad back-up provisions laid out in some individual publishers' licenses. Meanwhile, many journal publishers began an ongoing shift to digital format only, to avoid psychical distribution costs as demand for print format journal articles has lessened among library users .

2016: Completion of two more floors at H-TML added no additional space, only replacement of spaces destroyed by flooding. The library is close to full capacity again and over-capacity in areas of the lower floor general stacks.