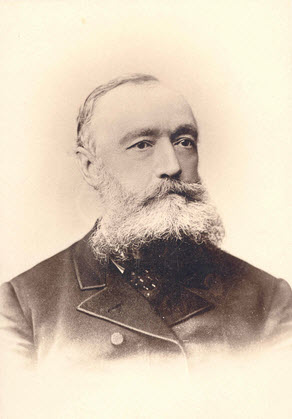 Dr. Richardson led the medical school during the difficult post-Civil War years and brought it to national recognition. He supervised the transition of the medical department from the University of Louisiana to Tulane University of Louisiana. During this time, he served as the only physician on the Board of Administrators of the Tulane Education Fund, which oversaw Paul Tulane's Act of Donation creating Tulane University.

Dr. Richardson was the first to perform an amputation of both legs at the hip in which the patient made a complete recovery. He served as chief surgeon for the Confederate Army of Tennessee during the Civil War. Later, Dr. Richardson served as president of the American Medical Association (1877 - 1878), the first doctor from New Orleans to do so.