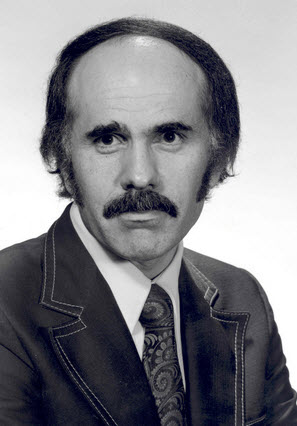 1998 Nobel Prize in Physiology or Medicine

Dr. Ignarro, Professor of Pharmacology, TUMC, 1973 - 1985, along with two other scientists he was recognized by the Nobel Committee for a brilliant series of analyses, culminating in 1986 in the discovery that endothelium-derived relaxing factor (EDRF) was identical to nitric oxide. This was the first discovery that a gas can act as a signal molecule in a organism, and began an avalanche of research studies world-wide. This discovery and subsequent research has a continuing and fundamental impact on the diagnosis and treatment of pulmonary and cardiovascular diseases, immunity, shock, cancer and impotence.

Dr. Ignarro graciously donated a replica of the prize to the Rudolph Matas Library of the Health Sciences, Tulane University in 2002. 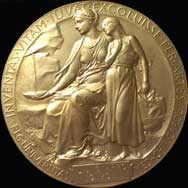 In January of 1973, I accepted the position of Assistant Professor of pharmacology at Tulane University School of Medicine in New Orleans. I chose to go to Tulane because I wanted to continue my research on cyclic GMP, and there was a young pharmacologist at Tulane with the same interest. We moved to New Orleans, where we bought our first home in Terrytown, an attractive nearby suburb.

My interest and motivation in studying the possible physiological significance of cyclic GMP grew and grew during my first two years at Tulane. Thanks to my own laboratory and those of other interested collaborators, we made many significant contributions to the field of cyclic GMP and cyclic nucleotide research in general. - NobelPrize.org Louis J. Ignarro - Biographical