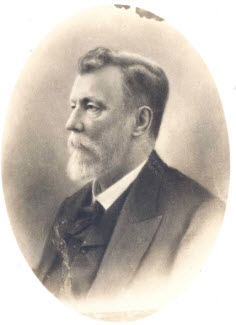 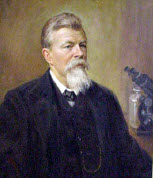 Dr. Jones was first to discover the plasmodium of malarial fever. An advocate for public health, as president of the Louisiana Board of Health, Dr. Jones fought many pitched battles with United States federal officials and his Tulane colleagues over authority with respect to quarantine laws in the state. A surgeon and medical inspector for the Confederate Army, he published a famous three folio volume on conditions at Andersonville, the notorious Confederate prison camp in Virginia.

Between 1855 and 1895 Dr.Jones published at least 105 papers in medical and scientific journals, four large volumes of "Medical and Surgical Memoirs," plus published annual and occasional reports when he was President of the State Board of Health, miscellaneous monographs and short articles. Joseph Jones claimed that he was the first to see the typhoid bacillus, in 1862 to 1864. At the Ninth International Medical Congress in Washington (1887) he laid claim to being the discoverer of the malarial parasite (New Orleans Medical and Surgical Journal, 1878, Vol. VI, pp. 138-156)  in his article titled: "Medico-legal Evidence relating to the detection of Human Blood, presenting the  alterations characteristic of Malarial Fever, on the clothing of a man, accused of the murder of Narcisse Arrieux, December 27th, 1876, near Donaldsonville." This is a good detective story as well as a scientific classic.