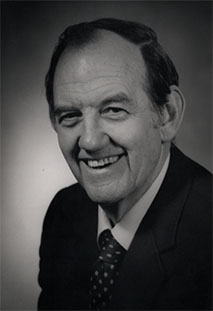 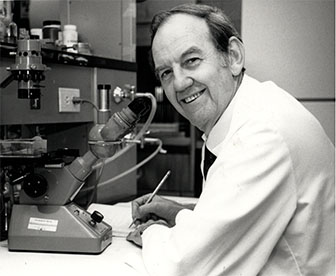 Dr. Fisher is a pioneer in the discovery of erythropoietin (EPO), a hormone produced by the kidney to regulate red blood cell production.  His research interests involve signal transduction pathways in hypoxic regulation of EPO production.  The most important therapeutic use for EPO is in the treatment of patients with kidney disease who are on dialysis. In 2009 there were almost four hundred thousand kidney disease patients on dialysis in the U.S. Most were anemic and receiving EPO.  Dr. Fisher was the first to demonstrate that the isolated perfused kidney produced EPO. Other therapeutic uses of EPO include the "therapy of myocardial infarction; stroke and other neurological diseases; diabetic retinopathy and other retinal diseases".

Known for his pioneering work on erythropoietin, Dr. Fisher was the first to show that the kidney is the primary source of this hormone. His work on erythropoietin is a prime example of how basic research, biotechnology, and clinical medicine interfaced to develop a novel therapeutic approach for the treatment of anemia. Erythropoietin in now widely used to treat anemia that occurs following chemotherapy for cancer, AZT treatment in AIDS patients, dialysis in patients with end-stage renal disease, and many other conditions.

Dr. Fisher received many honors and awards during his scientific career: The Purkinje Medal (Czechoslovakia), The Golden Sovereign Award (U of Louisville), Award for Excellence in Research on the Kidney (AFCR), Award for Experimental Therapeutics (ASPET), and the University of Louisville Medical School Distinguished Alumni Award. As an advocate for teaching excellence, under his direction the Tulane Pharmacology Department won the Owl Club’s “Outstanding Teaching Department” award four times. He was a member of many professional organizations: ASPET, ASH, ASN, AAAS, AAUP, The New York Academy of Science, and Sigma XI. He wrote a historical overview of the development of erythropoietin, “Landmark Advances in the Development of Erythropoietin,” published in Experimental Biology and Medicine.

During his tenure as chairman, Dr. Fisher created an environment that promoted an extraordinarily productive period in terms of research, teaching, and service at Tulane. He acquired NIH training grant support, which for the first time, permitted adequate student and Ph.D. fellow stipends, and strengthened faculty recruitment. Under his guidance, the department supported scientists at the cutting edge of their disciplines: Dr. Philip J. Kadowitz, an influential researcher in the field of xenobiotics, conducted groundbreaking research on nitric oxide with Dr. Louis Ignarro, future Nobel Laureate; Dr. Bill George researched cyclic GMP and later headed the Tulane Drug Analysis Laboratory; Dr. Barbara Beckman studied the molecular mechanisms of chemoresistance and is now the Associate Dean of Admissions for the Tulane School of Medicine; Dr. Krishna Agrawal, Regents Professor and Chairman from 1996-2009, worked on the design and synthesis of chemical agents for chemotherapy of cancer and AIDS; Dr. Paul Guth researched inner ear balance and tinnitus and, along with Dr. Colby Dempsey, was the creative inspiration for the New Orleans Science and Mathematics High School (NOSMHS); Dr. John McLachlan, developed the Tulane/Xavier Center for Bioenvironmental Research (CBR); and Dr. Craig Clarkson, a master teacher, bridged the distance between research and teaching to earn many OWL and university teaching awards. Numerous other talented scientists passed through the Tulane Department of Pharmacology during Dr. James Fisher’s influential era and now populate scientific departments across the nation. He was also a wonderful mentor to new chairs of other departments when they joined Tulane.

In recognition of his scientific accomplishments and for creating an environment where scientists and teachers flourish, Dr. Barbara Beckman established the James W. Fisher Distinguished Lectureship in Pharmacology in 1991, which sponsors annual lectures by distinguished scientists each fall. -- Announcement from the Deans Office, 5/2/2016  (signed - Lee Hamm and Dave Busija)