Audio From The Exhibit

Every exhibit will have a companion playlist of audio for patrons to listen to using the exhibit's audio player (coming soon!) or media player located at the bottom of this libguide. The playlist currently contains the following:

For years, Cervantes Fundación Hispanoamericana de Arte dreamed of creating a public musical event that would highlight the guitar family and provide fun and educational entertainment for all who wished to attend. Its second annual NEW ORLEANS INTERNATIONAL GUITAR FESTIVAL is such event that will bring national and internationally known performers to our community while also supporting local and regional musical talent. It will be family-oriented and provide much more than just performers on stage, including master classes, lectures, competitions, workshops, and jamming.

Elias Barreiro was born in Santiago de Cuba in 1930 and studied at the Havana Conservatory of Music. His post-graduate work was with maestro Andres Segovia at Santiago de Compostela in Spain. He has performed extensively in Cuba and abroad as a recitalist, soloist with orchestra, and with chamber ensembles. Professor Barreiro has edited and arranged scores for over 40 books on guitar music and has numerous recordings to his credit. He has been a member of juries at both national and international competitions, and was the recipient of the 1992 Mentor Award given by the Guitar Foundation of America. From 1967 to 2012, Professor Barreiro was the head of the guitar program at Tulane University. A number of his former students perform regularly in concerts, and hold faculty positions at universities and schools across the United States.

In addition to extensive concertizing and a heavy teaching load, Elias Barreiro built an extensive bibliography of works which he composed, edited, or recorded. The following document is a complete, or near complete, bibliography of Barreiro's published work.

Not Just an Artist 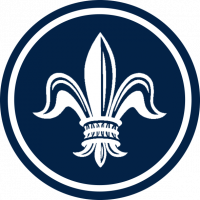 Elias Barreiro is also active in the local community. In 2000, the City of New Orleans issued a Proclamation Award to Barreiro in recognition of his distinguished service. His service as a reserve officer with the Harahan Police Department was certainly full of adventures. By 2000, Barreiro spent approximately 100 hours a month working as a reserve officer. During this time he served as a translator between police and native Spanish-speakers and was a prolific ticket writer, no doubt leaving many motorists with stories to tell. Although prolific, Barreiro never showed any preferential treatment, ticketing "judges, the wife of a prosecutor, and other police officers." He and his police partner also played an important role in locating the body of a missing UNO student and her murderer. More on both of these stories can be found in the Times-Picayune on microfilm (located on the 6th floor and open to the public) or via NewsBank (a subscription database accessible to Tulane affiliates).