A curated list of films by and about the Black/African-American diaspora that celebrate Black excellence and joy, that document success, and that document difficult histories. 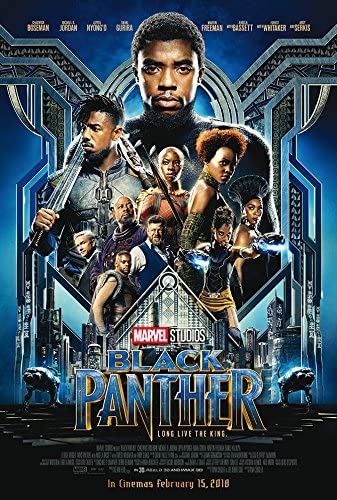 Brief Abstract: A superhero known as Black Panther defends Wakanda, a technologically advanced country in Africa that has hidden itself away from the rest of the world. Now, he must face a dissident who wants to sell the country's natural resources to fund an uprising.

Brief Abstract: Congo Cabaret is an adaptation of an episode from gay writer Claude McKay’s then-bestselling novel, Home to Harlem. Set in a small nightclub, this scene presents the little-known figure of a “wolf” (a masculine gay man) and features the performance of a Bessie Smith song, “Foolish Man Blues,” which refers in a joking manner to “a mannish acting woman and a skippin’ twistin’ woman-acting man.”

Brief Abstract: From 1968 to 1973, the public television variety show SOUL!, guided by the enigmatic producer and host Ellis Haizlip, offered an uncompromising celebration of Black culture. The series was among the first to provide expanded images of African Americans on television, shifting the gaze from inner-city poverty and violence to the vibrancy of the Black Arts Movement. Mr. SOUL! captures a critical moment in culture whose impact continues to resonate, and an unsung hero whose voice we need now more than ever.